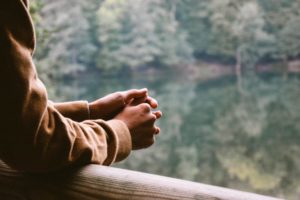 Recently this Blog focused on one of the cruelest laws – the woeful compensation scheme for the death of a loved one.  But the law that may be most frequently used to punish innocent accident victims in Ontario to the benefit of bad drivers and their insurers is the “statutory deductible” for general damages awards.

A deductible is an amount of money that you must pay before an insurer will pay your claim.  As an example, you damaged your car in a parking lot and it would cost $750 to repair. If you have a $500 deductible on your policy, your insurer would only pay $250 for the repairs. You might not make an insurance claim as there is less benefit to you.  Deductibles on your own insurance policy serve the purpose of keeping your premiums down by encouraging good driving behaviour.  If you raise your deductible, your premiums go down. If you lower the deductible, your premiums go up. Here the contract or deal is between you and your insurance company.  Compare this to your claim against a bad driver for damages.

In Ontario, if someone injures you in a car accident, you have a legal right to sue them for their wrongdoing.  One of the most common claims in a lawsuit is for pain and suffering (commonly called general damages).  As an accident victim you may break a bone, tear a ligament or suffer soft tissue injuries. These injuries can change your life for the worse leading to a loss of enjoyment of life. Ordinarily, you should be able to recover money for these losses.  General damages may be the only compensation you seek if you do not lose any out of pocket expenses or income in an accident.

The amount of money you may receive for general damages is reduced by a “statutory deductible” that is currently $37,983.33. This is a law created by the government and is not in your insurance policy.  It was put into law at the request of insurance companies to save them money.  What it means is that if a bad driver causes you pain and suffering valued at $37,500, you will receive nothing.

An award of general damages is not based on any formula, chart or medical guideline.  Juries most often are given the task of assessing these damages.  They are rarely given precedents and have limited experience in what is fair or reasonable when they try their best to place a value on something that cannot be valued.  Significantly, juries are not told about the $37,983.33 deductible. They are also not told that if they were to award less than $126,610.07 (the deductible does not apply for damages assessed over that amount) that their award will be reduced automatically.  If you break your wrist, you may get nothing.  If you suffer from chronic and debilitating back pain and are awarded $100,000 for a clearly significant loss, you will only get about $62,000.  When going to Court, the scales of justice are already unfairly tipped in favour of the wrongdoer.

The statutory deductible helps bad drivers at the cost of accident victims.  It helps the bad driver’s insurance company.  This deductible does not discourage bad driving, as victims are punished and not the people causing the accidents. Insurance companies know that if they don’t pay claims the law automatically reduces whatever amount they eventually have to pay by almost $40,000.00. The money stays with insurance companies instead of going to the innocent victims that need it.

How can it be right that an innocent accident victim has to pay $37,983.33 before the negligent driver has to pay anything?

Even worse, this deductible has been rising each year and is now tied to inflation.  In 2014 it was $30,000 – now it is almost 25 percent higher.    Anecdotally, Courts have not seen a similar rise in the amounts given for pain and suffering damages.

The insurance companies that defend a compensation claim for a bad driver should have a fair right to challenge a claim and ensure that only legitimate claims are paid out.  They can do this by carefully reviewing the claim, questioning the accident victim, and hiring doctors and lawyers. They can ultimately ask a judge or jury to determine the value of the injuries. The statutory deductible was put in place to save insurance companies.  Instead it only penalizes innocent accident victims.   The effect of the statutory deductible is keeping for the rich and taking from the poor.  The Ontario Government can fix this problem by eliminating this deductible.  Alternatively, the government may have insurers pay the deducible into a fund to help accident victims so that the insurers no longer have the incentive to avoid paying these claims.