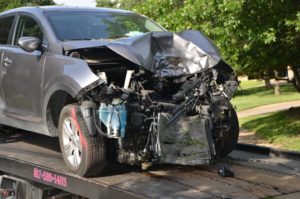 How many times have we heard that utterance?

An accident happens, someone gets injured or dies, and during legal proceedings the injured person points blame at the “tortfeasor” (the person who caused the accident). But the presence of an injury does not necessarily mean that the tortfeasor was negligent.

However, there are some scenario’s where an accident is, simply, an accident and no breach of duty has occurred in the chain of events. In legal terms, this is called an “inevitable accident”.

The law says that an “inevitable accident” is one where the defendant or tortfeasor successfully proves that the accident was caused by an intervening or external event over which s/he had no control, and, which s/he could not have avoided by the greatest use of skill and care.

A very common scenario in which a tortfeasor has argued that the accident was inevitable is where a driver has a heart attack, or a hypoglecemic attack, while operating a motor vehicle, and causes an accident. In these cases, if the medical condition in question was unforeseeable, then the courts have absolved the drivers of negligence.

But the law still requires prudence in the form of consulting with a medical practitioner if a person has symptoms. For example, the Divisional Court in a case called Dobbs v Meyer [1985] OJ No. 1163 (Div.Ct.) noted that the driver had been suffering from chronic heart and vascular disease for some time, and had consulted with a doctor. The driver had died in the accident, so it was unknown if he had been complaining of symptoms. However, the Court stated that a defendant (in this case, the driver’s estate) must convince the Court that the heart attack was an unpredictable occurrence, i.e. that the driver had no warning that he was at risk of such an attack and therefore had no reason to believe that it might be dangerous for him to drive a motor vehicle.

A similar conclusion may be drawn against a diabetic who does not monitor his/her blood glucose levels properly, and suffers a hypoglemic attack. The “inevitable accident” defence may fail.

Another very common scenario in which the “inevitable accident” defence arises is accidents caused by highway moose crossings or collisions with other wildlife. In some parts of the province, this is certainly not a rare occurrence, and happens so suddenly the driver often does not have time to react. The inevitable accident defence in a moose case for example, may only succeed if there is no evidence of
• Compliant signage warning of moose in the vicinity
• reduction of speed in the vicinity of the signage, if such signage exists
• excessive speed by the driver, and
• failure to brake or take other evasive action.

Expert evidence by an accident reconstruction engineer and/or “human factors” expert may also shed light on whether the driver had sufficient reaction time to have avoided the accident.

Finally, accidents during an ice storm or caused by black ice immediately after a sudden drop in temperature are all too common in Canada. Legislation imposes response times by municipal agencies, and a duty of care on private property owners, to ensure that road and walkway surfaces are salted and sanded promptly. In these circumstances, defendants often plead inevitable accident, but the reality is that this defence requires a consideration of many factors including the key question of whether the driver could have avoided the accident if s/he had reduced his/her speed during the ice event.

Oftentimes, an accident is just an accident….but from a legal perspective, one that may have been avoided had the tortfeasor exercised a degree of caution and care.