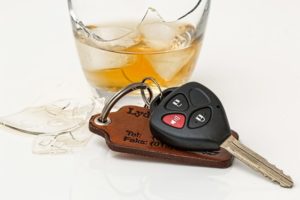 Commercial establishments in the business of serving alcohol must be aware of the legal responsibilities expected of them towards their patrons under the eyes of the law. For example, if a clearly drunken patron ends up leaving a bar after a wild night of binge drinking before getting into his/her car and attempting to drive home and violently crashes into a pole, the bar would likely bear a degree of liability for the damages suffered by the drunken patron.

However, over the last 20 years, the Courts have further expanded the responsibilities of commercial hosts to include owing a special duty not only to their own patrons but also to third party users of the road who may become seriously injured or killed as a result of conduct committed by their patrons. This expansion was established in the 1995 Supreme Court of Canada decision of Stewart v. Pettie. In other words, as a commercial host, you can also be on the hook for damages suffered by third parties who were not even present at your establishment so long as their injuries or death were caused by the negligence of an intoxicated patron who had been at your establishment.

In the 2001 Ontario case of Dryden v. Campbell Estate, an underage individual became extremely intoxicated before entering a nightclub. After entering the nightclub in a visibly intoxicated state, he had a few more drinks before leaving without any interference from nightclub staff. He got into his car, which was parked at the front of the nightclub entrance and drove away. Shortly thereafter he was involved in a fatal car crash with another vehicle killing himself and a passenger.

At the trial, the nightclub denied liability on the basis that it had not supplied him the alcohol that caused him to become intoxicated. The club also argued that it had sufficiently trained its staff and its legal obligations were met. However, the Court disagreed. It was of the opinion that the club not only allowed him entry despite his visibly intoxicated state but also continued to serve him alcohol. In addition, the nightclub only had bartenders working rather than wait staff who would have been better able to monitor and control his consumption. According to the Court, the bar also failed to take any steps to ensure that he got home safely. As a result, the nightclub was found to be 15% liable.