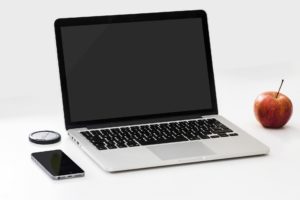 Social media, including Facebook, Instagram and to a lesser extent, Twitter are pervasive in our current society. Worldwide there are over 2.27 billion monthly active Facebook users. There are over 19.6 million active Facebook users in Canada – that is 53%, more than half of every person in Canada. Over the past 10 years with the growth of Facebook and other social media sites, lawyers representing insurance companies have attacked injured plaintiffs’ right to privacy by demanding access to their social media content. Until recently, the Courts in Ontario took a pragmatic approach to disclosure – if there was some indication that the social media content was directly relevant to the issues in the legal action, the Court would order disclosure; however, the Courts would not grant full access or require full disclosure up front. A recent Court decision has swung the pendulum towards greater access and less privacy of injured victims.

In Isacov v. Schwartzberg, 2018 ONSC 5933, Master Short was considering a motion by the defendant for an order compelling the plaintiff to produce copies of all of her social media pages, including Facebook and Instagram for three years pre-accident to present. Master Short started his decision with a quote from Regional Senior Justice Heeney, in his decision of Stewart v. Kempster, 2012 114 O.R. (3d) 151 at para 29:

“Before the dawn of the Internet age, people often communicated by writing personal letters to each other. It could be said that such letters served to keep friends and family connected, and provided a medium in which people would share information with each other about what matters to them. They might even discuss the state of their health, if they happened to have suffered a traumatic event such as a motor vehicle accident in the recent past. However, it is unimaginable that a defendant would have demanded that a plaintiff disclose copies of all personal letters written since the accident, in the hope that there might be some information contained therein relevant to the plaintiff’s claim for non-pecuniary damages. The shocking intrusiveness of such a request is obvious. The defendants’ demand for disclosure of the entire contents of the plaintiff’s Facebook account is the digital equivalent of doing so.”

As Master Short writes in his decision, “The Times They Are A-Changin’”.

The trend in the more recent cases are for more disclosure of personal and private social media accounts. Master Short acknowledges that there is flux in the law right now regarding disclosure of social media pages. For example, in Jones v. Propco, 2018 ONSC 23, Leithch J. refused production of the injured plaintiff’s private Facebook account, noting:

42 On this motion I have concluded that there is no evidence that the posts are relevant because the activities depicted in the photographs are not relevant to the extent of the plaintiff’s physical limitations since the accident. In other words I am not satisfied that the photographs on her public Facebook page are relevant and that by inference the posts on her private Facebook page must be relevant. Therefore, I need not assess the privacy interests of the plaintiff against any probative value obtained from the disclosure.

In the Isacov case, Master Short reviewed the evidence that the plaintiff had told medical assessors that she, “cannot run or wear heels as a result of her foot dysfunction.” And further, that she has lost interest in the things she used to enjoy. She explained that she used to enjoy going out with friends, going shopping, “now everything is different. I’d rather stay home and watch something that would get my mind off everything.”

The problem for the plaintiff in the case is that there were photographs on her Facebook and Instagram account that appear to depict the plaintiff socializing with friends and wearing high heels in a number of locations.

Master Short ordered that the plaintiff produce electronic or paper copies of any of the plaintiff’s Facebook and Instagram accounts.

The key issue in Master Short’s decision is the evidence from the plaintiff’s public social media posts that appear to directly contradict what she told a number of medical assessors about her limitations. As lawyers who represent people who are hurting and vulnerable, we need to educate our clients about the dangers of posting on social media. Typically, social media posts are only snapshots in time and are easily forgotten as time passes. As difficult as it may be for people to be off of social media that is the best advice for anyone involved in a personal injury lawsuit. The risks are too great. As lawyers we also need to be aware of our clients’ social media accounts and review those accounts periodically to ensure that our clients are aware of what has been posted.