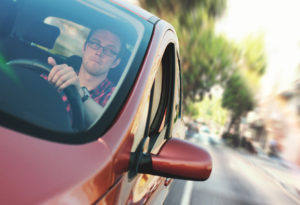 Imagine for a moment that you are suddenly injured in a car accident for which you are not at fault!

Now you are stuck with the consequences including pain, suffering, loss of enjoyment of life, and impairments that impact your ability to earn a living.

By way of example, let’s imagine you’re a mechanic and your arm is broken as a result of a car accident. You may require surgery for your injury and then six months of physiotherapy thereafter. Since you work in a physical environment, your employment may be negatively affected as well. Most people would agree that this constitutes a serious injury.

At trial, let’s assume that you are able to convince a jury that your pain and suffering amounts to $60,000. The jury has heard your case and decided that you are eligible for compensation. The jury thinks they have done their duty and arrived at an amount of compensation that they believe is fair. The jury walks out of the courtroom believing that you will receive $60,000. However, the jurors are not allowed to be told about the deductible. The deductible has to remain a secret from the jury. The jury is discharged, and the secret deductible is applied, your award is now only worth about $21,000!

The secret deductible constitutes a direct saving to the insurance company defending the at-fault driver and is responsible for paying any settlement or judgment awarded to the injured party. Most would agree that there seems to be an inherent unfairness to the way that this deductible works – and they would not be wrong.

The reality is that most car accident injuries in Ontario, as serious as they may be, will be assessed below $129,000. This means that the insurance industry is saving a significant amount of money on the vast majority of car accident cases that occur throughout the province, all at the expense of injured victims and all without a jury’s knowledge.